Revel. They say the translator’s tongue was cut out

It was not easy for the translators of the late Middle Ages. Sometimes a mistake threatened them with brutal punishment. In 1404 in Reval, the language was cut out for an incorrect translation of a letter from Low German into Russian to the translator Hans Durkop and incorrect use russian to english translator.

During the heyday of the Hansa, traders traveling in the regions adjacent to the Baltic Sea needed translators. Gerhard Fouquet in his book Travels of Traders. Linguistic understanding in Europe of the XIV and XV centuries ”writes: 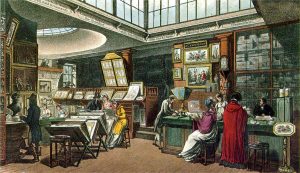 “… Translators, with some exceptions, knew a lot about their craft and skillfully facilitated language contacts. Livonian cities were home to both a large number of Germans and many local translators who flawlessly did their job of establishing linguistic and business contacts between Hanseatic Low German and Russian traders, between Estonians and representatives of other peoples. Russian companies even had their own translators. ”

Most traders, both at home and abroad, moved in a social environment that largely corresponded to their language and way of life. In large merchant yards, trading posts and trading houses, the owners and brokers – the German Hanseaticans spoke Low German, the Florentines, Milanese or Venetians – the so-called “Latin Volgar” (from Italian. Neolatin language), and the Russians in Reval spoke Russian. And multilingual brokers and translators helped to establish the necessary business contacts.